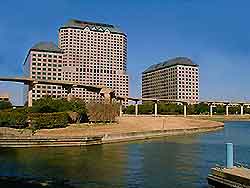 Irving is an important city in Texas, standing close to both Dallas and Fort Worth. Many activities and attractions are located in northern Irving and the Las Colinas area, with the city's most famous landmark being the simply stunning Mustangs of Las Colinas bronze sculptures. This is the largest equine sculpture of its kind in the world and depicts nine wild mustang horses, galloping through a stream in the spacious Williams Square Plaza.

Irving is a surprisingly large city and competes with Dallas for office space and modern architecture. Tourist information comes in the form of the Irving Convention and Visitors Bureau, which stands on the West Las Colinas Boulevard and provides plenty of leaflets and maps about the sights to see within the Airport Freeway area, the downtown district, the Heritage district and the Las Colinas neighborhood. 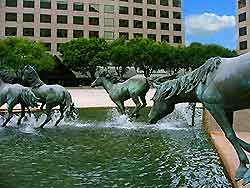 Hotels are spread throughout the city of Irving, with many further accommodation options residing in nearby Dallas and Fort Worth. City hotels are to be found concentrated around the East Las Colinas Boulevard, Heathrow Drive, Hidden Ridge, Love Drive, the North MacArthur Boulevard, the West Las Colinas Boulevard and the West Walnut Hill Lane, while additional choices stand close to the Dallas Fort Worth International Airport (DFW), which is relatively nearby. More information about Irving Hotels. 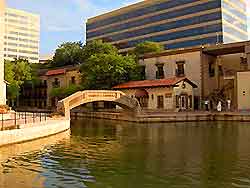 Some of the main museums both in and around Irving include the Age of Steam Railroad Museum - located nearby and on the outskirts of Dallas, in Fair Park; the African American Museum - full of information about the preservation of African American heritage in Texas; the Frontiers of Flight Museum - standing close to Irving in nearby Dallas, with many aerospace-related items; the Mustangs of Las Colinas Museum - with in-depth information about the history behind this eye-catching landmark; the National Scouting Museum - celebrating the heritage of the Boy Scout movement in the USA; the Dallas Museum of Art - a multi-level facility with many breathtaking works of art; and the Irving Art Association / Center for the Arts - featuring two spacious galleries with exhibits from both regional and local Texan artists. More information about Irving Museums and Irving Art Galleries.

Tourist attractions situated close to Irving include Fair Park - a vast complex offering a host of attractions including an Aquarium, Science Place, Music Hall and Omnimax Theater; the Dallas World Aquarium - boasting a huge selection of exciting marine life; Fort Worth Zoo - just a 40-minute drive from the center of Irving and boasting more than 6,000 exotic animals; Dallas Zoo - containing one of the most impressive collections of African animals in the USA; the Dr. Pepper StarCenter Ice Arena - where the Dallas Stars ice hockey team regular compete; and Southfork - known to millions after appearing the 1980s television soap 'Dallas'. More information about Irving Attractions Nearby.