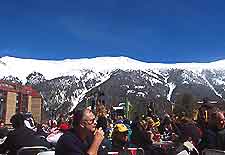 Although the city of Colorado Springs is fairly large in size, it is not really known for having a noticeable gay and lesbian community. However, there are certainly a number of nightspots that either welcome a mixed crowd or are more geared towards the LGBT scene.

Located on North Nevada Avenue and just down the road from Acacia Park is the Underground, which serves as the biggest gay club in Colorado Springs, whilst also ranking amongst the largest in the entire state. The underground comprises a series of difference spaces, including a pub area serving tasty food, a rooftop bar boasting superb views of the cityscape, and a pulsing nightclub in the basement area. Many themed nights rotate on a regular basis, such as Tall Boy Tuesdays, Wellness Wednesdays, Thursday and Friday poker nights, Saturday karaoke and the Sunday Drag Queen Brunch.

On the northeastern side of the city, Club Q sits on the North Academy Boulevard and is to be found just behind a strip mall. It has gained itself quite a reputation with the gay crowd in Colorado Springs, being founded in the early part of the new millennium. With more than 100 different themed events scheduled on an annual basis, there is certainly always something going on here, including Wet Wednesdays, Thursday karaoke, Fusion Fridays, Sexy Saturdays and regular drag performances. 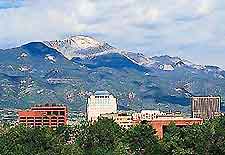 The annual PrideFest celebrations are a real highlight for many LGBT visitors staying in the city during the summer. First held in 1990, the Colorado Springs gay pride takes place over a long weekend towards the end of July and tends to be based around the 'America the Beautiful Park' on Cimino Drive, just off West Cimarron Street and within walking distance of the Pikes Peak Center.

The streets of the city center quickly fill up on Sunday morning, starting with the Big 5K Run, which is followed by the PrideFest Parade. Thousands fill the park to watch the bands playing on three different stages and peruse the offers on the market stalls of more than 100 vendors. 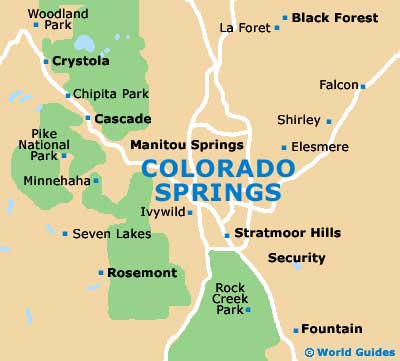